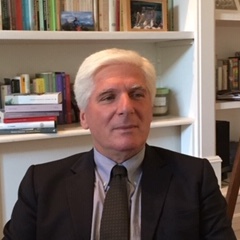 Andrea Pezzoli has been Director General for Competition at the Italian Competition Authority since 2014. In his current position he supervises the work of the five Competition Investigative Divisions. Prior to this appointment, he was Head of the Investigative Directorate "Food, Pharmaceutical and Transport" (1997-2012) and Chief Economist (2012-2014).

Previously he worked at the Centro Europeo Ricerche (1986-93) as Head of the Industrial Policy Unit and at the Research Department of Istituto Mobiliare Italiano (1981-86) as Senior Economist.

Andrea Pezzoli has been a lecturer in Economics of Competition Policy at the University La Sapienza (2018-2019) and in specialized master courses at the University of Tor Vergata and Luiss University in Rome. He published several articles on antitrust issues and regularly speaks at national and international conferences on competition law and policy.

Andrea is a graduate in Economics at the University La Sapienza in Rome and holds a M.Sc. degree in Industrial Economics from Lancaster University.