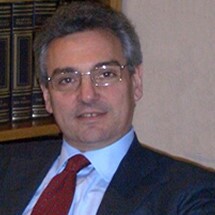 Luigi Garofalo is full professor of Roman Law and Fundamentals of European Law at the University of Padova.
A full member of the Istituto Veneto di Scienze, Lettere e Arti, he is a member of the Real Academia de Jurisprudencia y Legislación of Spain.
He practices as a lawyer.
He is the author of multiple publications pertaining to law, ranging in philosophy and art.
He directs seven series and is a member of the scientific committee of several journals. For Corriere della sera he edited the Great Trials of History series, personally writing the volumes on Jesus and St. Paul.
Since 2018 he has been president of the Cassamarca (banking) Foundation.
He has given lectures and conferences in several Italian universities and participated as a speaker in numerous scientific congresses organized in Europe, China and Latin America.
His publications, some of which have been translated abroad, include, in addition to volumes on the trials of Jesus and St. Paul: Biopolitics and Roman Law, Rubens and the Devotio of Decius Mure, The Juridical as a Category of the Spirit and Schmittian Interweavings.
Recently launched, for Marsilio, is the Firmamenti Series, which he co-directs with Maurizio Bettini and Massimo Cacciari, whose first volume on Theodor Däubler's Nordlicht, is edited by him.